Since I received my first Numworks calculater, in september of this year, I was interested in not simply using it as a calculator, but also as a dev platform. Today’s the big day I start looking at hardware mods for that thing.

A calculator as dev platform…? Dafuk?

Since the numworks is openhardware and it’s firmware is opensource[1], I thought “meh, why not start doing stuff with that thing…?”. And that’s how I wrote my first app, Atom, a basic periodic table. A couple of emails and posts on forums later, and I got involved into Omega, a fork of epsilon, Numworks’ official OS.

But now, I want more!

Inspired by the Numworks++ challenge started on Ti-Planet before the N0110 came out, I wanted to start hardware-modding that thing. So let’s start by openning both of my calculators (a N0100 and a N0110), see what’s inside and start planning stuff…

I started by taking apart the old model : the n0100. After removing the four rubber pads, it exposes six T5 screws. I only had to unscrew them and the device was open. I had to make sure to unplug the batterie before completely removing the back cover. 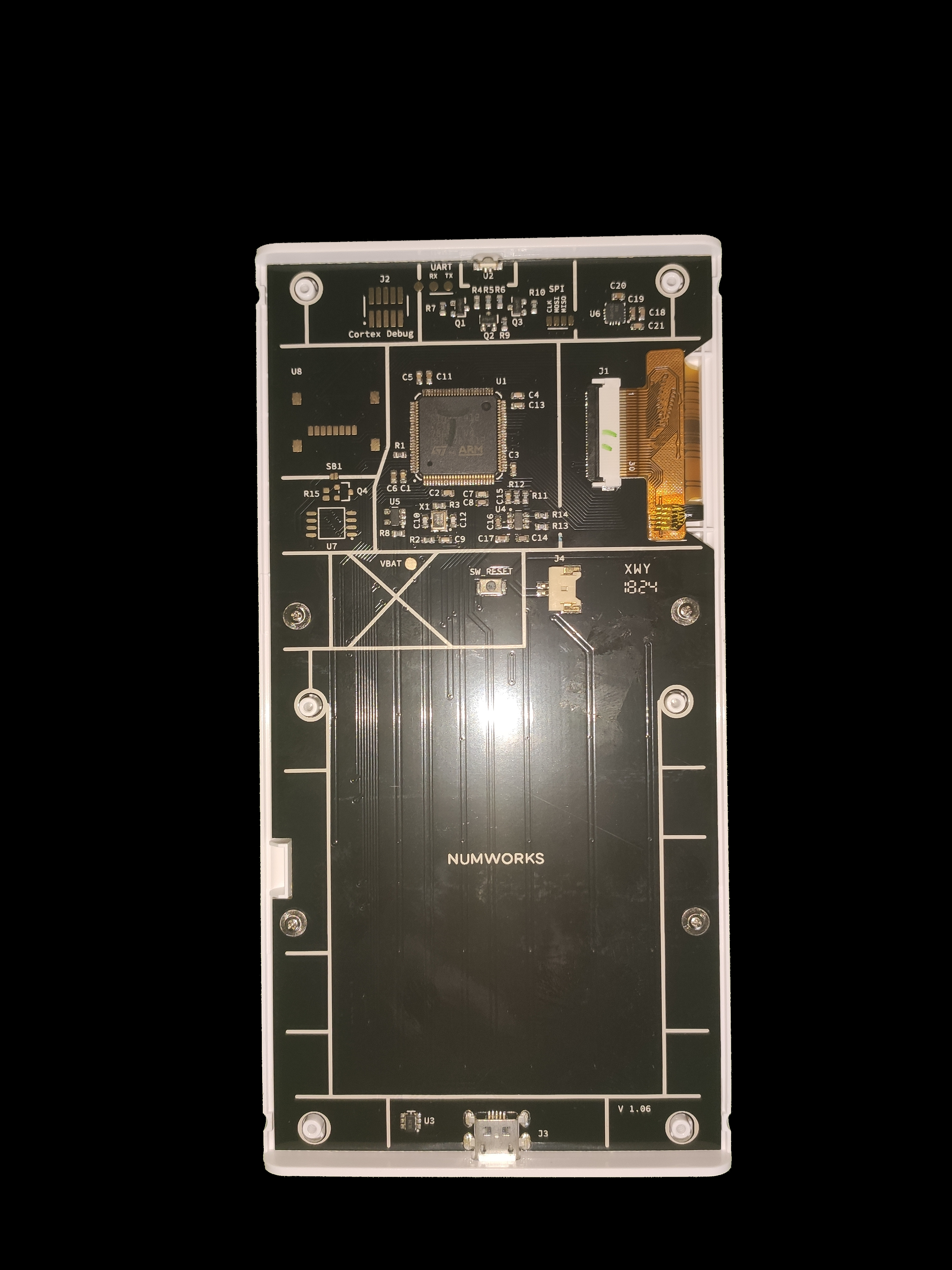 Then, it was time for my daily driver : the n0110. It opens almost like the n0100, except there are some clips to hold it in place when the screw are removed (I don’t like clips, I always break them…). After unscrewing the six T6 screws (a bit bigger than the ones on the n0100), we can work our way arround the clips and unplug the battery. 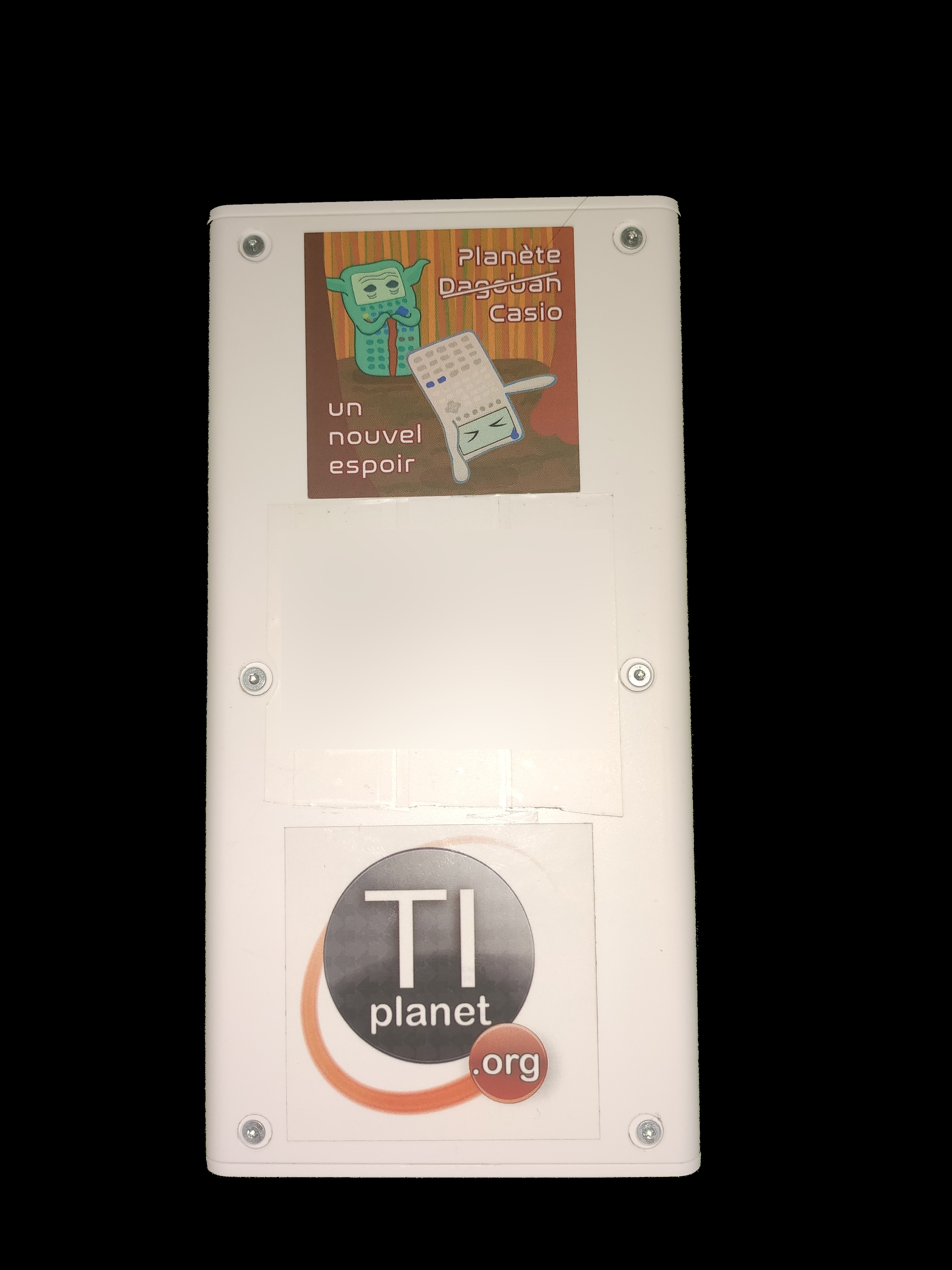 We can see that the mobo is a little bit shorter than on the n0100. The screen isn’t under the mobo anymore, and a plastic light-pipe was added for the LED. A flash chip was also added. There is still some space left for some modification.

As we have seen, there is some space to work with on the two devices. What I want to do with these two calculator is add a port on the exterior of the device for the UART, and add one of those cheap QI induction receiver, because induction charging a calculator is kindof swag (in my opinion at least…).

I also had a N0110 preproduction unit, that I won from a contest on Ti-Planet, laying arround. I opened it, and it was exactly like the normal N0110. Nothing more, nothing less. A bit disapointed to be honnest, but heh, it’s a N0110 afterall, what would you expect.