This article is a follow-up on that one. After taking a look inside my calculator, I wanted to add something to it. So, I decided to revisit TiPlanet’s N0100++ challenge.

Epsilon is getting bigger and bigger, and Omega goes with it. You can see the evolution on the graph below. We had to use a clever trick to get Omega 1.20 into the N0100: Making the user select its language at install-time. 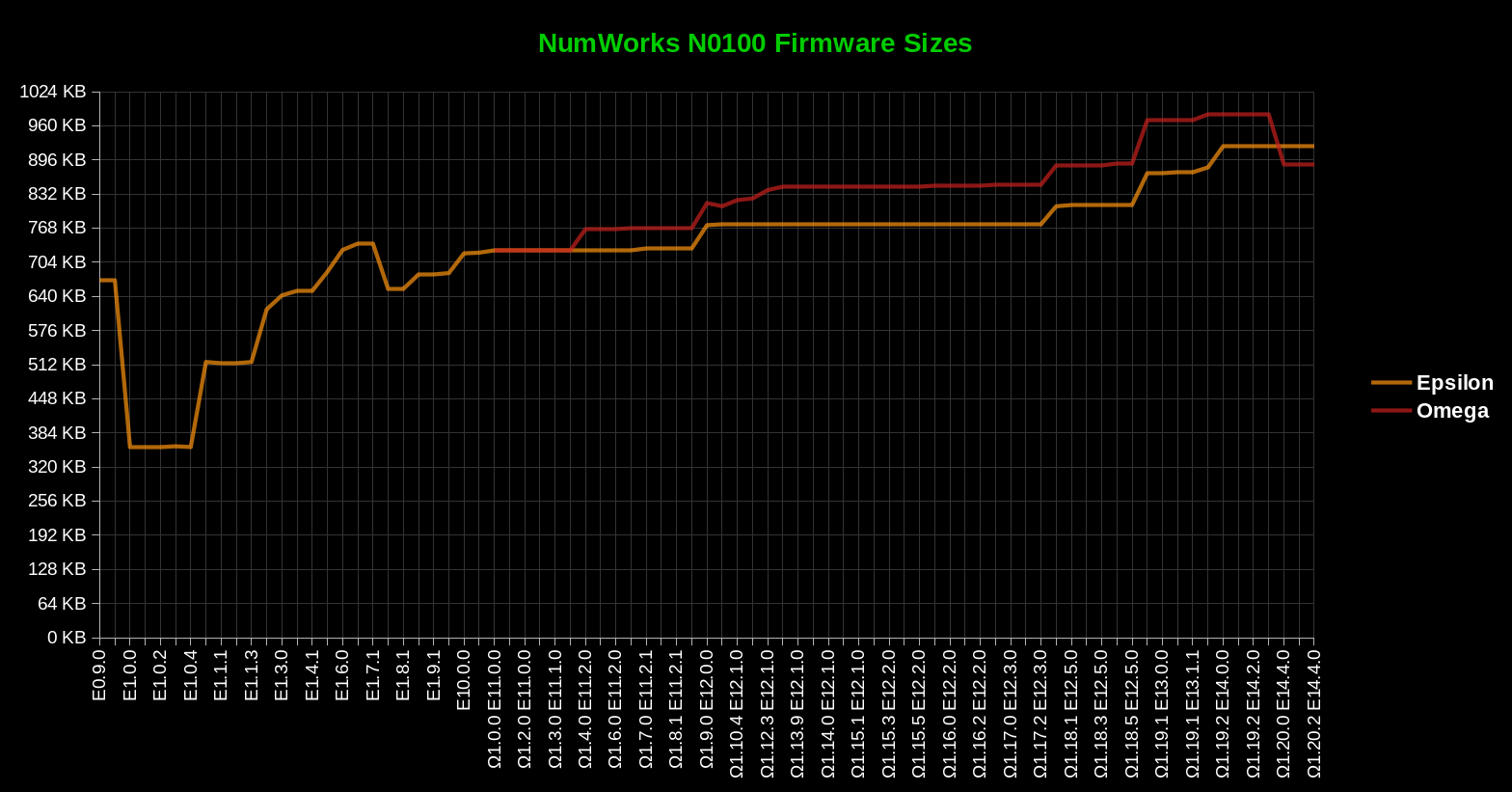 We hope to add support to Omega before Numworks drops the support of the N0100, to make it live longer. But first, the mods have to be made.

I bought a SOIC-8 socket to be able to swap flashes easily. I also bought a FTSH-105-01-F-DV-P as a debug port, and the corresponding female ribbon cable, FFSD-05-D-03.50-01-N. I had a STLink v2 laying around, with the corresponding ribbon. I started by creating the debug cable, by soldering the two ribbons together. Critor from TiPlanet also sent me two flash chips: an Adesto AT25SF641 and a Winbond W25Q128JV, the first one being the one used on the N0110.

My soldering skills aren’t the best, but I managed to end up with something somewhat clean. After that, I put holes trough the case of the device, to access it from the outside. 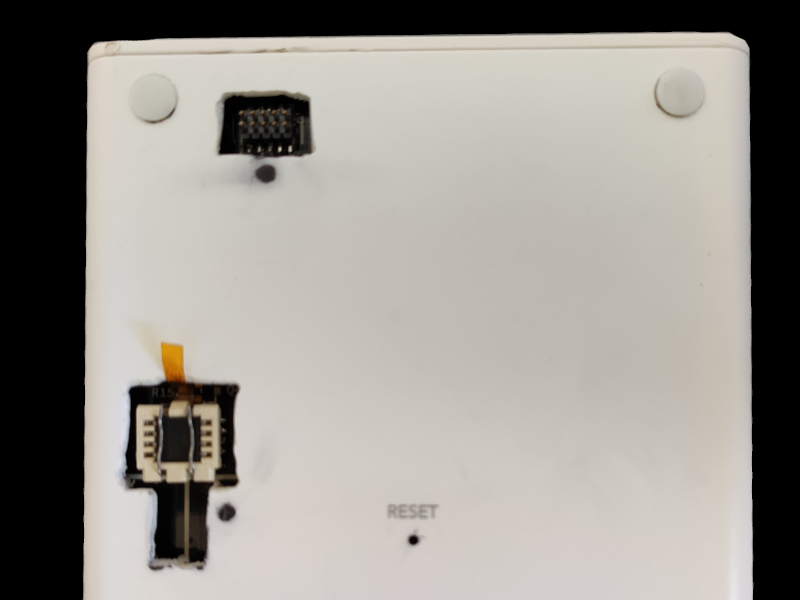 As A first test, I used the steps zardam put together to put GIAC on the N0100, and it works well. I plan to adapt the newest versions of Epsilon to work with the N0100++.

In the next episode on these hardware mods, we’ll add support of the external flash on the latest version of Omega, and PR Epsilon.